Dry Rot Damage On Two Beams That Support A Footbridge

In the early months of 2020, SFW Construction had a structural dry rot beam repair project for a homeowner in West Linn, Oregon. The project consisted of replacing about 12ft of two rotted support beams for a footbridge. The bridge span from the garage to the house and was about 30ft in the air. We started by setting up the scaffolding under the bridge, so we had access to the beams. After we began, the deconstruction of the decking, handrails, and substructure. The deconstruction of the bridge had to be done very carefully so no damage would be caused to the home or objects, and people near-by.

The first step in the process required us to expose the beams for removal by cutting them down to about 12 feet from the garage and stopping short of the two-support post from the ground up to the beams mid-span. Next, we stripped the decking, handrails, and sheeting, before removing massive bolts connecting the beams to the garage. After that we cut the beams off, removing them in sections to prevent any damage from happening to the home or garage. During this process, we found that the remaining beams which were not to be replaced had severe dry rot down the center of each beam. 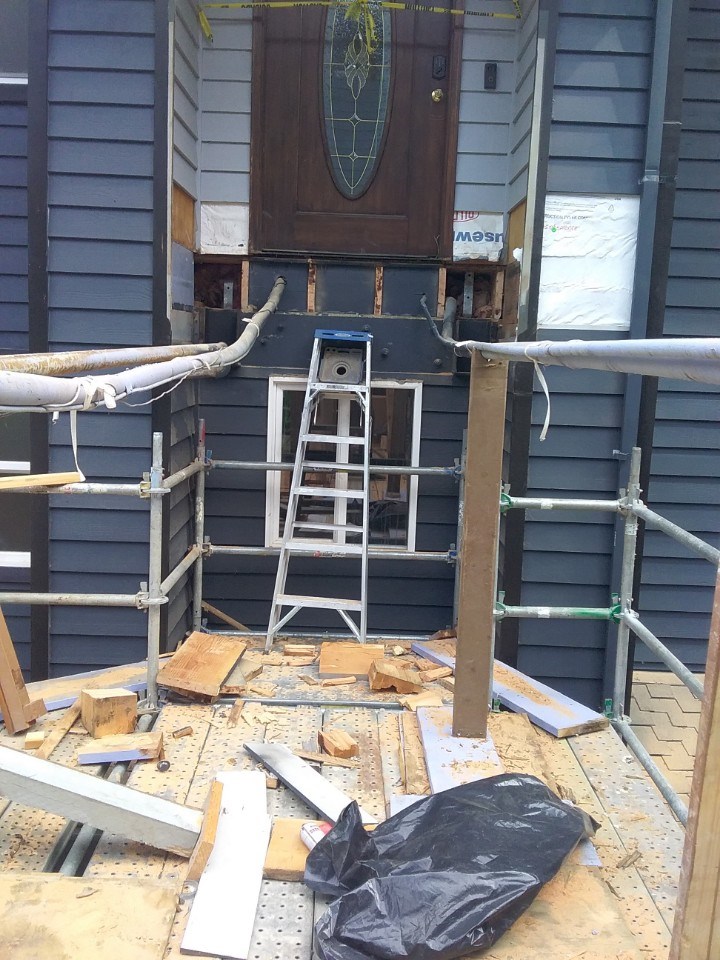 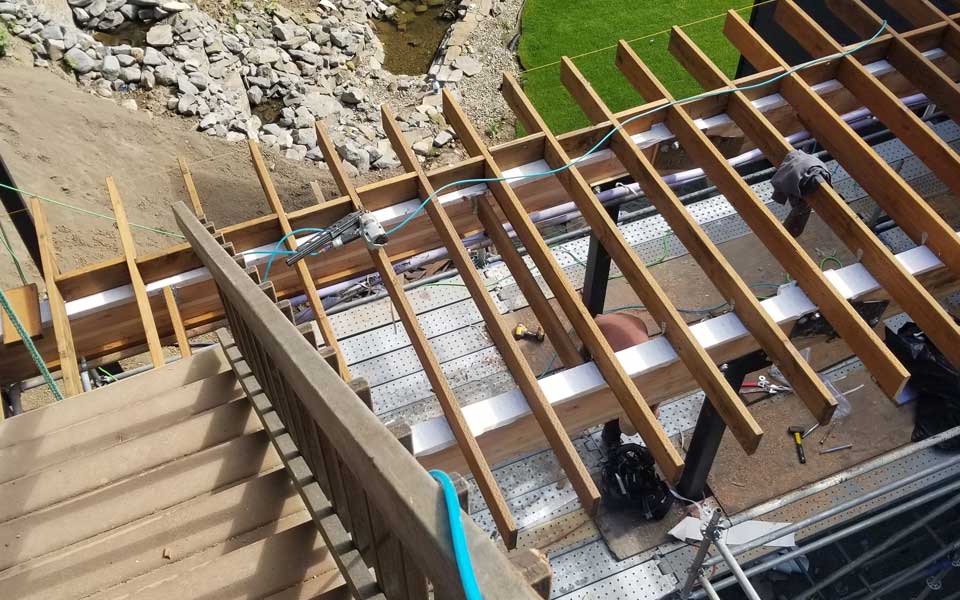 “SFW performed a bridge repair project at my home in West Linn, Oregon. They did a great job throughout the process as I was impressed with the quality of workmanship, and the communication. Within the span of two weeks, the bridge from my house to the garage was repaired and looked better than its original state.

Thank you SFW construction for being careful of my house and the nearby surroundings during the deconstruction of the bridge.”

We discovered structural dry rot early on in the project and decided it was best to replace the existing glulam beams. Otherwise, the bridge could collapse. Improper flashing led to the failure in the moisture barrier between the home/garage and the bridge. To replace the rotted beams we had an engineer re-design the structure which included replacing both beams from the home to the garage for the footbridge. The next step was to order new beams and set up additional scaffolding to reach from the house to the garage.

We replaced the beams with new glulams and properly flashed them to the home and the garage providing a watertight solution and prevent them from dry rotting again in the future. A glulam is a stress-rated engineered wood beam composed of wood laminations, or “lams”, that are bonded together with durable, moisture-resistant adhesives. The grain of the laminations runs parallel with the length of the member. Glulam is versatile, ranging from simple, straight beams to complex, curved members.

Once the new beams were delivered to the job site, we used a 30-ton crane to drop the beams into their proper location. Even though it was not our first time using a crane to maneuver beams and secure them into place, it still required patience, excellent communication, and previous practice. After the beams were in place, we began by rebuilding the sub-structure for new decking, handrails, and stairs. Although the beam replacement was necessary and provided the majority of the work in this case, properly installing flashing and paying close attention to making it watertight, will ultimately determine the overall success in the solution we provided.

Since 2005, SFW Construction Construction has completed thousands of home renovation projects in the Pacific Northwest. If you live in Portland, Vancouver, Seattle, or The Oregon Coast and have any exterior home repairs in mind, let us know! We are experts at what we do and are willing to tackle the jobs; the other guys will not because they lack the expertise—or because they do not have the time.